A very special handicraft of the Vikings was making beads out of melted glass. Thousands of beads and pieces of them have been found during archaeological excavations. These beads were made from different types of coloured glass and some had intricate decoration. In some beads, gold and silver were included. Today it is clear to us that glass beads had a special role in the life of the Vikings, as medium of exchange, burial objects or as garb jewellery, far in excess of the borders of the ancient Scandinavian countries. That this craft was actively practiced by crafters in the port city of Hedeby and other regions of today’s Denmark is proven by the discovery of metal sticks with glass coverings. 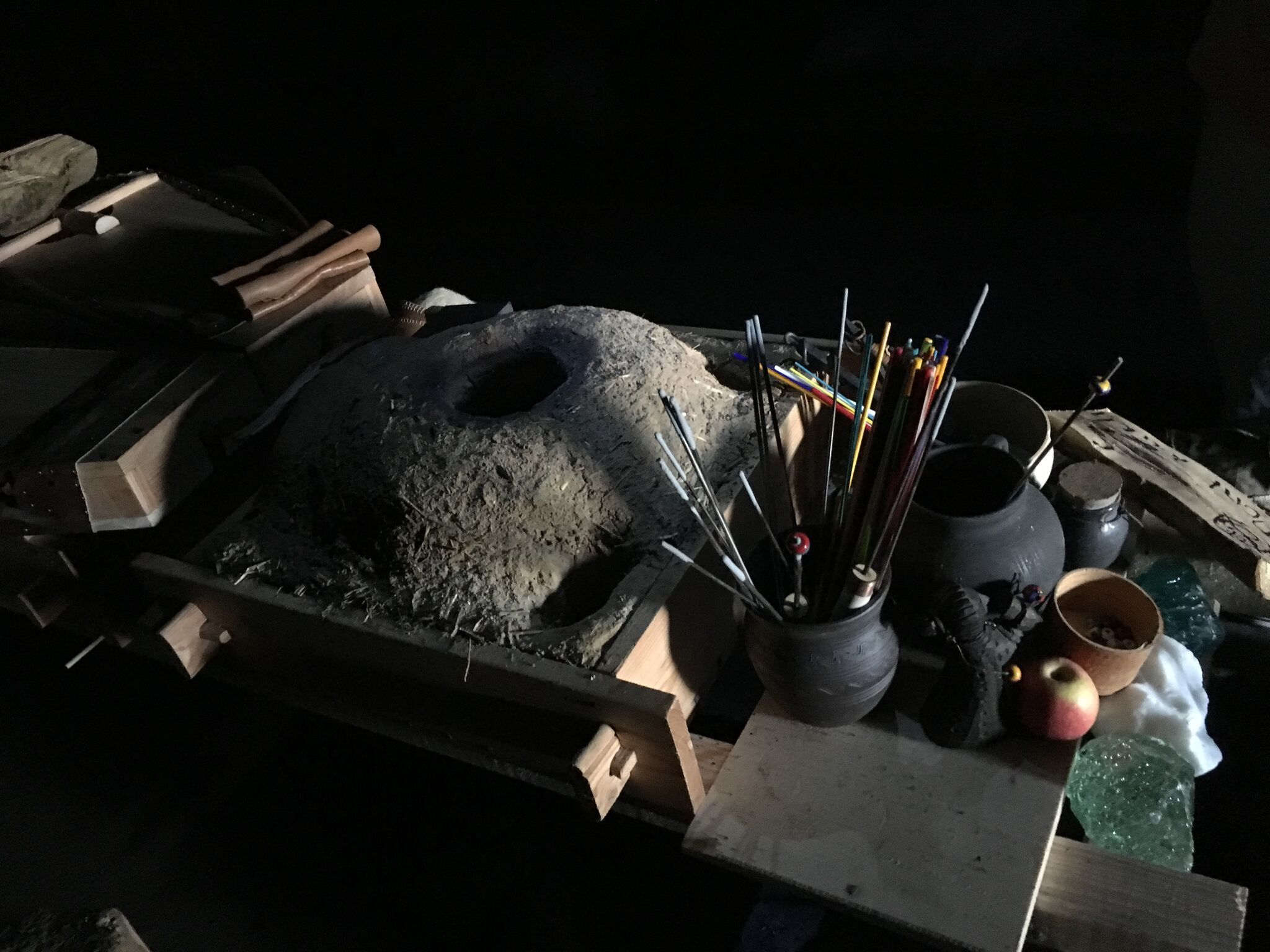 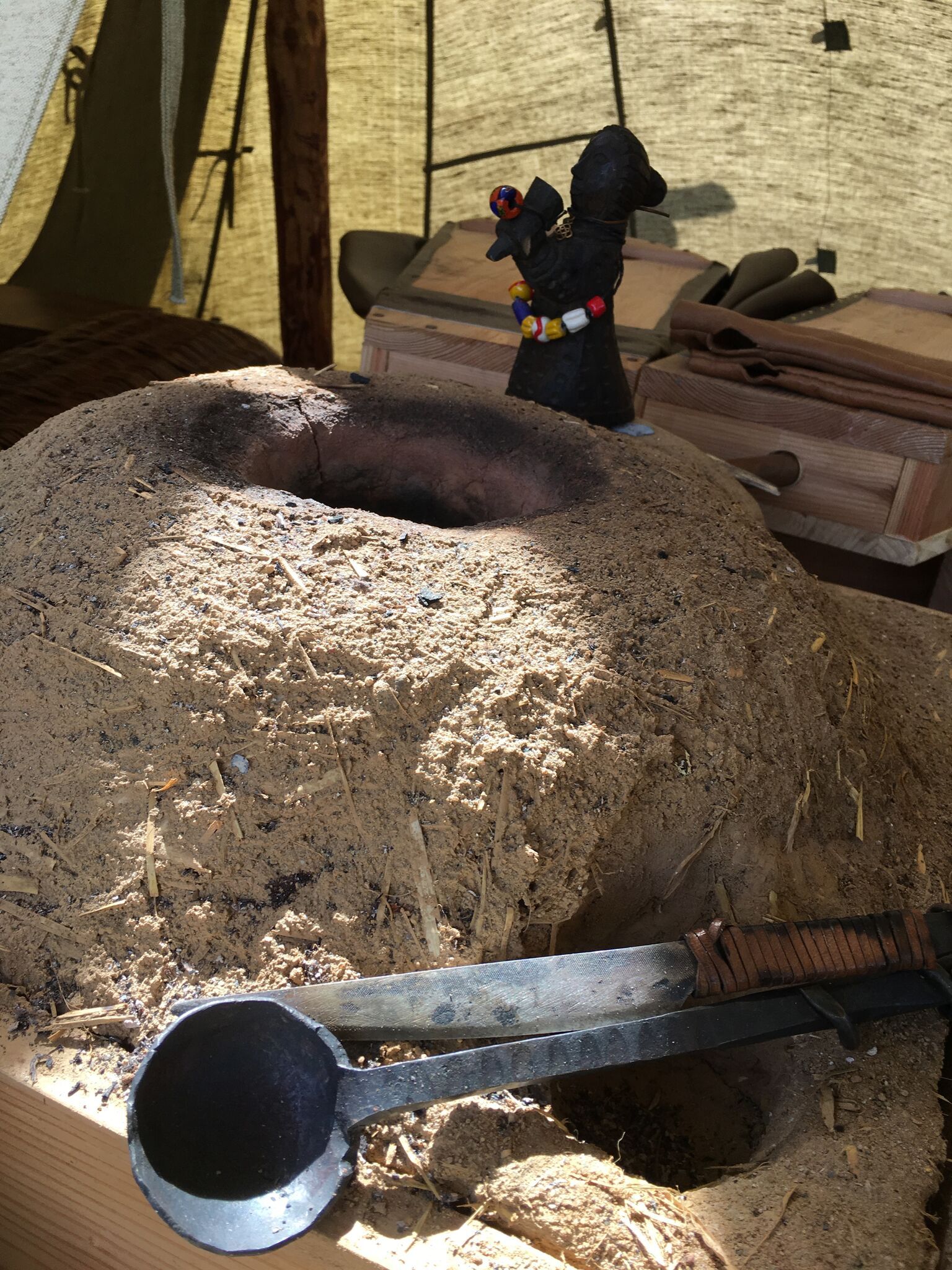 We show the production of glass beads for shows with a specially designed transportable glass bead oven.

The oven is by no means an original reconstruction; it is a flexible compromise allowing for the craft of glass bead making to be transportable. 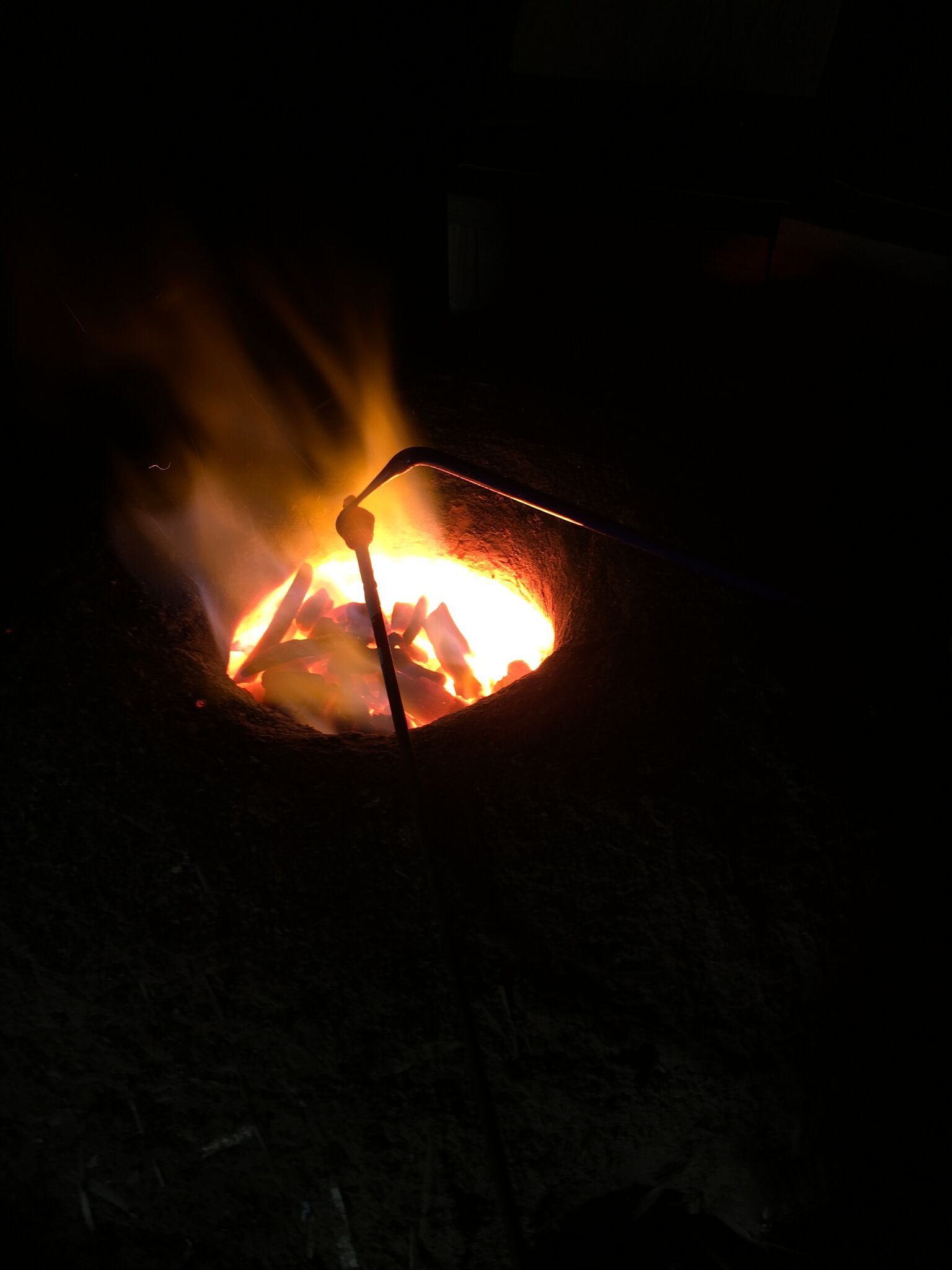 Consensus opinion will have it that glass beads were made in a special oven construction, similar to a cupola furnace. Our own opinion is that a hole in the ground oven construction was more practical. Hence, we constructed different types of ovens to practice this craft as versatile and more important as experimentally as possible. 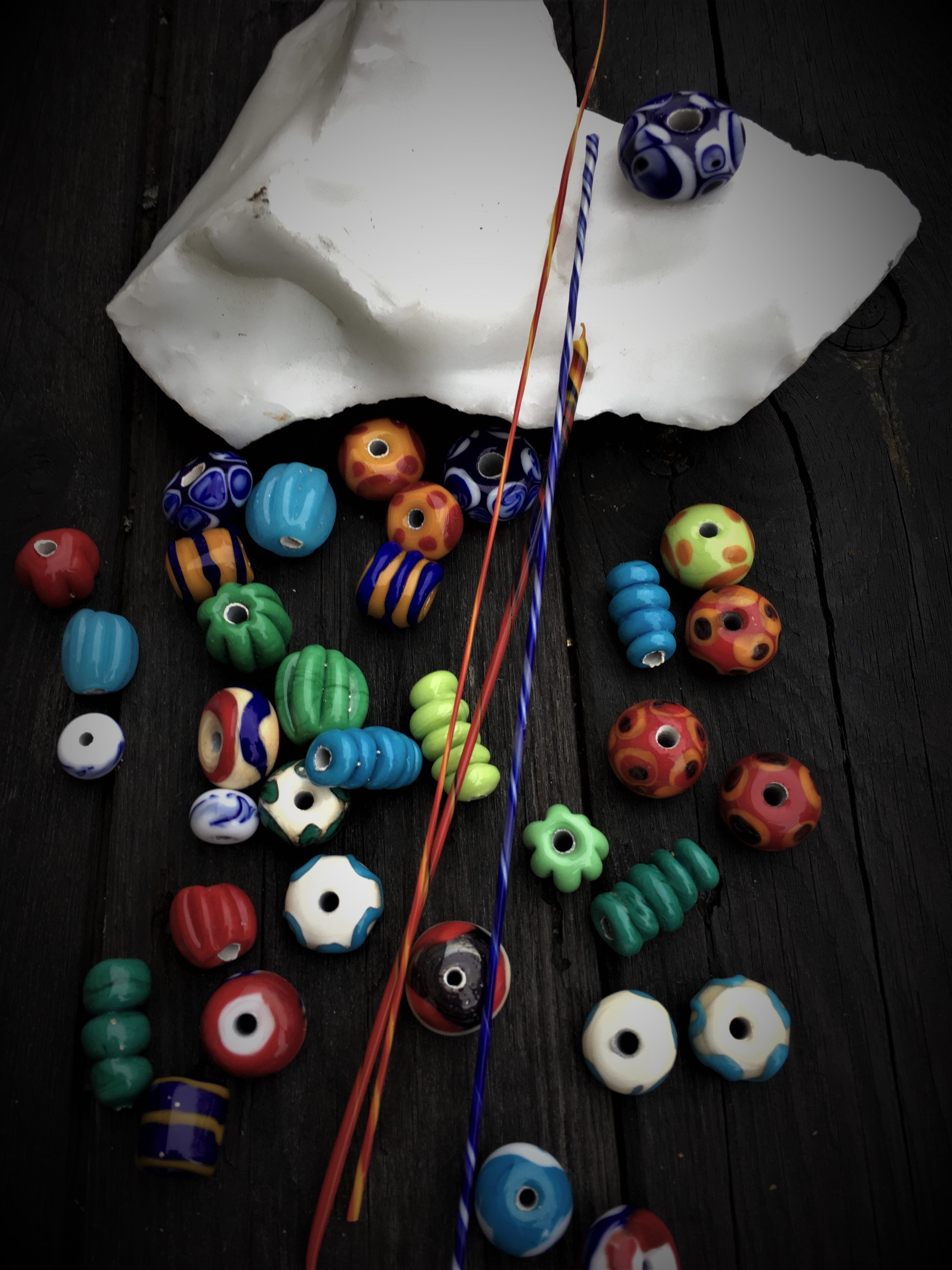 The beads themselves are made of broken glass shards as well as hand drawn-out rods of glass. For the manufacturing we researched excavation finds of glass beads from our Danish portrayal region. Diverse forms, colours and variations of glass beads result. Our experience stretches from historical replicas to modern design.

More about our bead maker at: www.Freyja-Beads.de